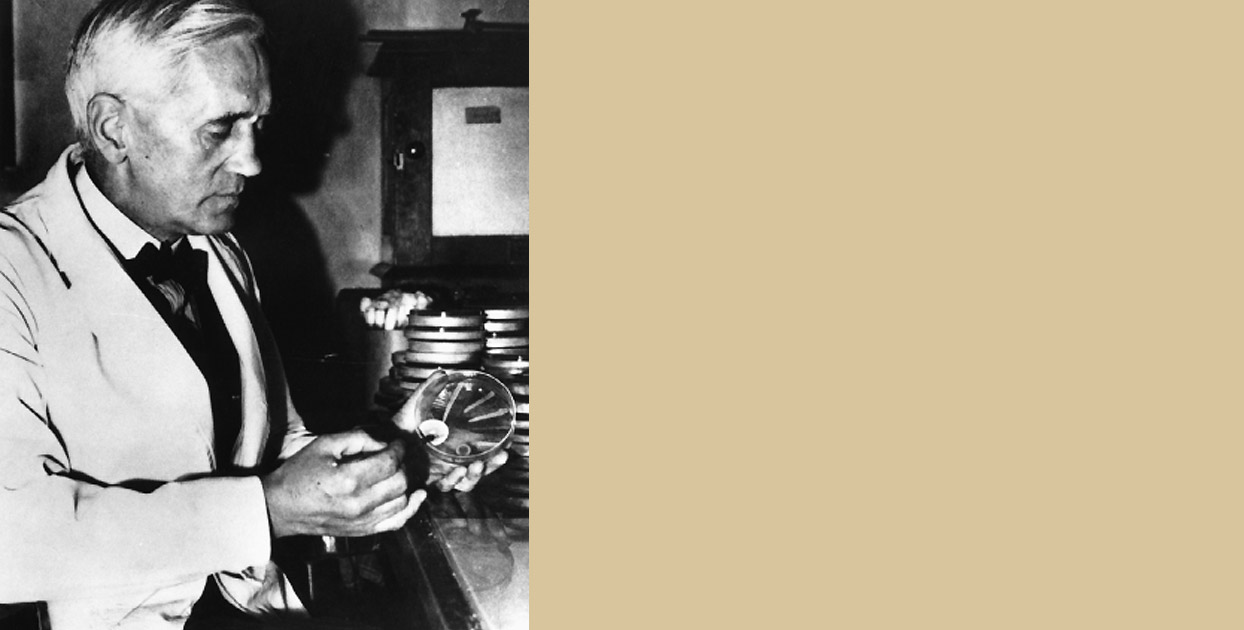 The era of antibiotics began with the introduction of penicillin in the early 1940s. Although Alexander Fleming had discovered the unusual ability of penicillin to kill harmful bacteria in 1928, it was another 10 years before researchers at Oxford University success-fully purified penicillin and first administered it to a patient.

This took place at Oxford in February 1941, and the patient, who had developed a life-threatening infection, made a remarkable recovery.

The focus then turned to the United States, where government laboratories began a vigorous effort to produce enough penicillin to treat infections, especially those experienced by wounded soldiers. The wonder drug finally became avail-able in moderate quantities in the United States in March 1942.

Although it is unclear when the life-saving drug was first administered in Canada, Dr. Hugh W. Schwartz, a professor of ophthalmology at Dalhousie Medical School and staff doctor at the Halifax Infirmary, gave an account of what he believed was the first administration of penicillin to a patient in Nova Scotia. He wrote:

January or February 1944 is I think of some historic interest, Dr. R[obert] H. Stoddard invited me to associate myself with him in the care of a case at the Halifax Infirmary, of osteomyelitis of the skull, secondary to acute sinusitis. The diseased bone was removed far and wide, no halfway measures were considered, the patient went from bad but not to worse, as he didn’t develop meningitis. Penicillin was known, but what little existed was reserved for the Services. Dr. Stoddard, a former army medical officer and on the inside track, persuaded the [military] officer who had the say as to who should benefit from this even now relatively scarce remedy, to see our patient. So on March 28th, 1944, all including the Sister Superior stood about with our mouths agape to witness the administration of this miraculous remedy, the first civilian in Nova Scotia to be so treated and the first civilian doctor to preside over its use. The patient responded very satisfactorily. Total grant 500,000 [Florey] units – administered 10,000 intramuscularly every 4 hours – March 28th to April 1st.

It would be expected that this first administration of penicillin to a civilian in Nova Scotia would have been circulated widely among the medical community. In fact, at the Annual Meeting of the Medical Society of Nova Scotia, held on July 5, 1944, at White Point Beach Lodge, Dr. J.W. MacLeod, a surgeon commander with the Royal Canadian Naval Volunteer Reserve, read a paper entitled “Penicillin.” He noted that very few practitioners had experience with the antibiotic because the supply was so scanty, stating, “Our knowledge of penicillin is in flux particularly concerning dosage.”

Advertisements began to appear by suppliers of penicillin in October 1944, however, they all included the statement that it would soon be available to civilian doctors. The first clinical trials involving penicillin were published in the Nova Scotia Medical Bulletin in December 1944.