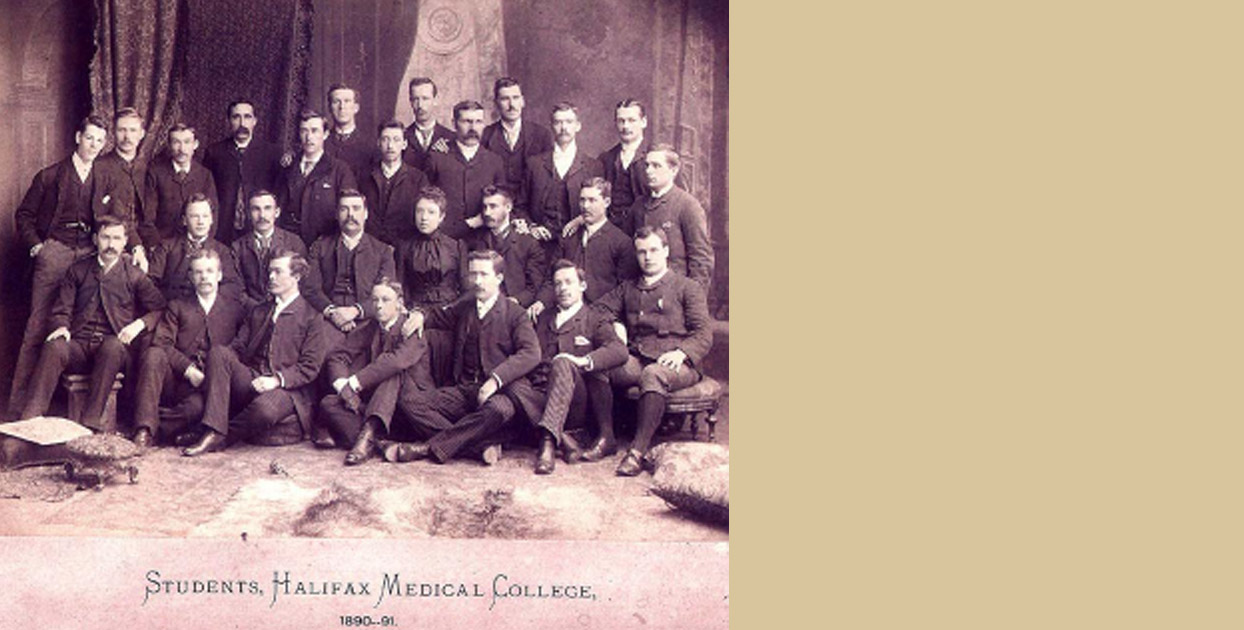 Prior to 1888, women were unable to enroll in medical school in Canada and had to travel to New York or Philadelphia to study for an MD. Annie Maxwell from Mount Thom, Pictou County, obtained her MD in 1873 at the Women’s Medical College of Pennsylvania. She did not return to Nova Scotia to practise, however. Maria Angwin, an MD graduate of the Women’s Medical College in New York, became the first female doctor to establish a practice in Halifax in 1886.

Dr. Katherine J. MacKay was the first female doctor to establish a medical practice in rural Nova Scotia. Born in 1867 at Dalhousie Mountain, Pictou County, Katherine was one of 10 children of Barbara MacLean and John MacKay. She graduated from Pictou Academy and then applied to study medicine at McGill University.

She was not accepted, as McGill did not allow women into its medical school until 1922. Undeterred, Katherine went to Boston and trained to be a nurse at the School of Nursing established by Dr. Elizabeth Blackwell, the first woman to obtain an MD in the United States.

The Halifax Medical College began to allow women in its MD program in 1888. Katherine MacKay became a student in the program during the 1890-1891 academic year, the only female among the 30 students in the four-year program.

She is shown in the accompanying photograph of the medical students registered in 1890-1891.

The woman in the photo has sometimes been identified as Annie Hamilton who graduated from the Halifax Medical School in 1894. The school’s registration records indicate that Annie did not register for the year 1890-1891, probably because she was teaching school in order to raise funds to complete her medical program. Katherine MacKay graduated in 1895, the second woman to gradu-ate from the Halifax Medical College. The Medical Register for Nova Scotia for 1896 records that Dr. Katherine MacKay was practising in Plainfield, Pictou County; in the 1897 register, she was listed as practising in New Glasgow.

In New Glasgow, she was in partnership with her brother, Dr. Hector MacKay. Dr. Katherine MacKay continued to practise with her brother until 1901 when she became a government employee and was sent to Honolulu, Hawaii. She reported to her relatives that the voyage to Hawaii was long and perilous especially when the ship attempted to go around Cape Horn.

After a year in Hawaii, she returned to Plainfield, N.S. and married a former neighbour, John R. MacKenzie. Shortly thereafter the couple moved to Edmonton where Dr. MacKay practised medicine briefly before moving to Port Coquitlam, B.C. in 1903 where she continued to practise medicine until she retired in 1918.

John R. MacKenzie became the Mayor of Port Coquitlam and the couple were described as the most highly respected public citizens of the town.

Dr. MacKay died of septicemia at Port Coquitlam in May 1925.