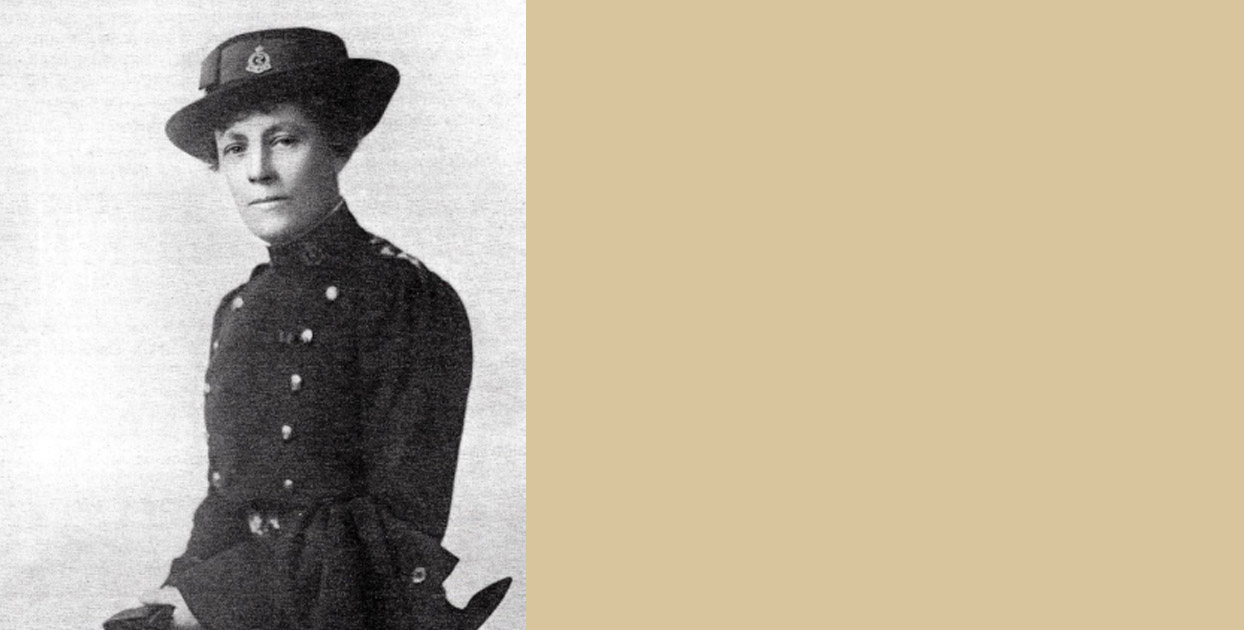 In August 1914, Maj.-Gen. Dr. Guy Carleton Jones, Director of Medical Services for the Canadian Army, invited Margaret Clotilde MacDonald to Ottawa and asked her to mobilize Canada’s Nursing Sisters. They had both served in the South African War (1900–02), and very likely met at that time. Maj.-Gen. Jones was no doubt aware of Miss MacDonald’s extensive military and nursing career, which had begun in 1898 with the Spanish American War.

Miss MacDonald was born at Bailey’s Brook, a small farming community in eastern Pictou County, in 1873. Her father operated the community’s general store, and he and his wife encouraged their eight children to pursue education and the career of their choice.

Miss MacDonald received her high school education at Mount St. Vincent Academy on the Bedford Basin, near Halifax, graduating in 1892. Although the Victoria General Hospital in Halifax had established a School of Nursing in 1891, she decided to train to be a nurse at the New York City Hospital, enrolling in September 1893. After graduating in 1895, she worked as a private nurse in New York for three years.

It was clear that Maj.-Gen. Jones identified Nurse MacDonald not only as a nurse who had wartime experience but also as a person with a sense of adventure. Following a brief interview, she accepted his offer and became the Matron-in-Chief of Canadian Nursing Sisters in Europe during the First World War, a position that came with the rank of major.

In August 1914, there were five Nursing Sisters in the Royal Canadian Army Medical Corps. By the end of the war, that number had increased to 1,901. Maj. MacDonald set up her office at Valcartier on Sept. 24, 1914, and began to review the large number applications from Nursing Sisters from all parts of Canada. By Oct. 3, she had selected 100 Nursing Sisters to be part of the First Canadian Division, which left Valcartier on that date for Plymouth, England.

Soon after her arrival in England, Maj. MacDonald established an office in London, which she occupied until the end of the war. During the war she interviewed nurses and sent them to clearing stations, stationary hospitals and general hospitals in England, France and Belgium. She was the most decorated Nursing Sister among the Allied Forces. After the war, Maj. MacDonald retired to Bailey’s Brook, where she died in 1948.